A collection of influential books gifted from the personal libraries of revered arts and cultural figures. 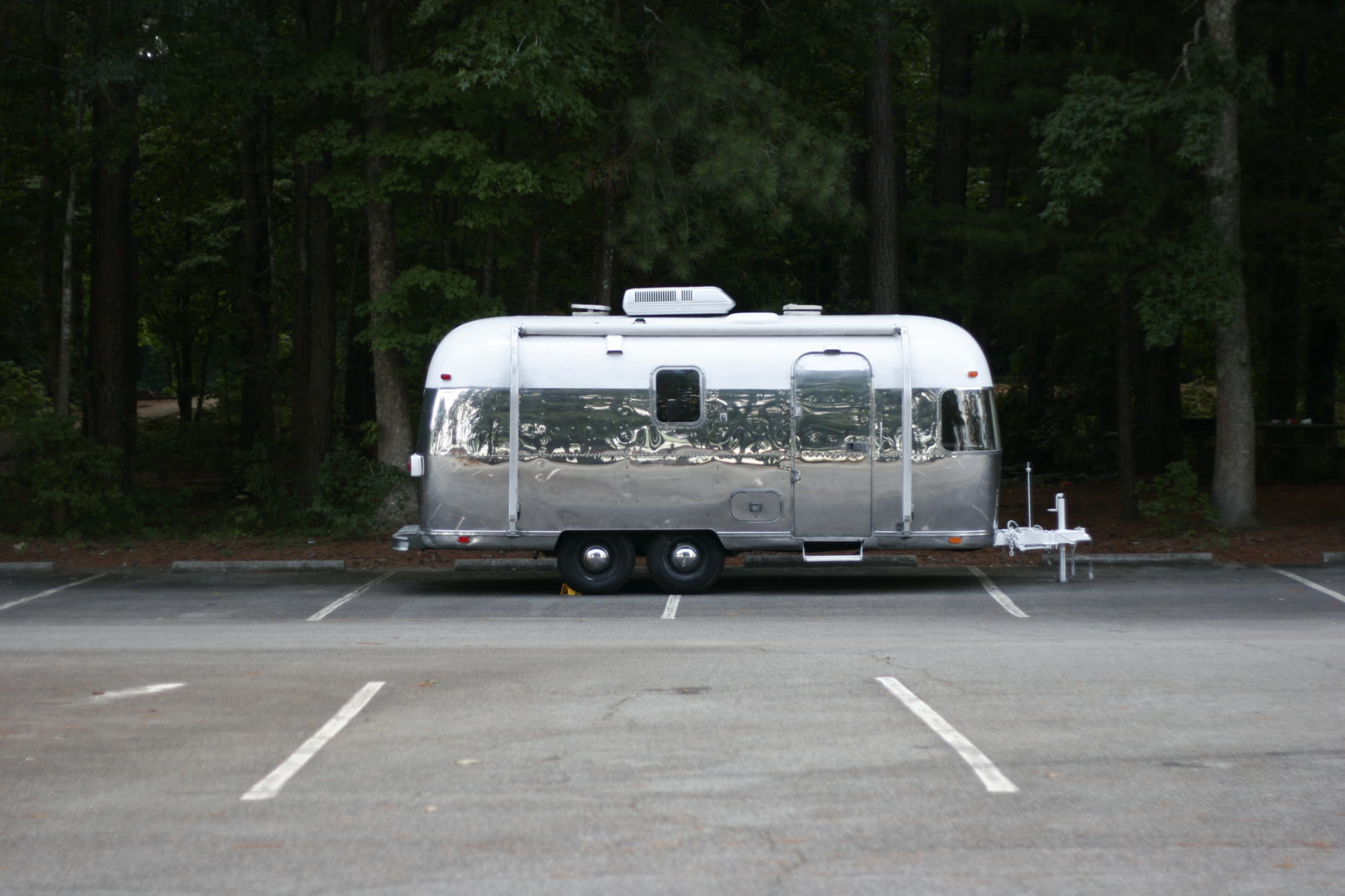 The Archive Argosy is an open space, a refuge, a place for exploration and experimentation.

The term Argosy means a merchant vessel or rich store with synonyms including mother load, treasure trove, and gold mine. To us, it’s a mobile resource room, exhibition space, shop, and gathering space for workshops with forth-coming artist residency.

Drawing on the traditions of the Airstream along with the Argosy’s experimental nature, this reimagined, multi-functional space works to acknowledge creative minds who have come before and venture into that which remains undiscovered. 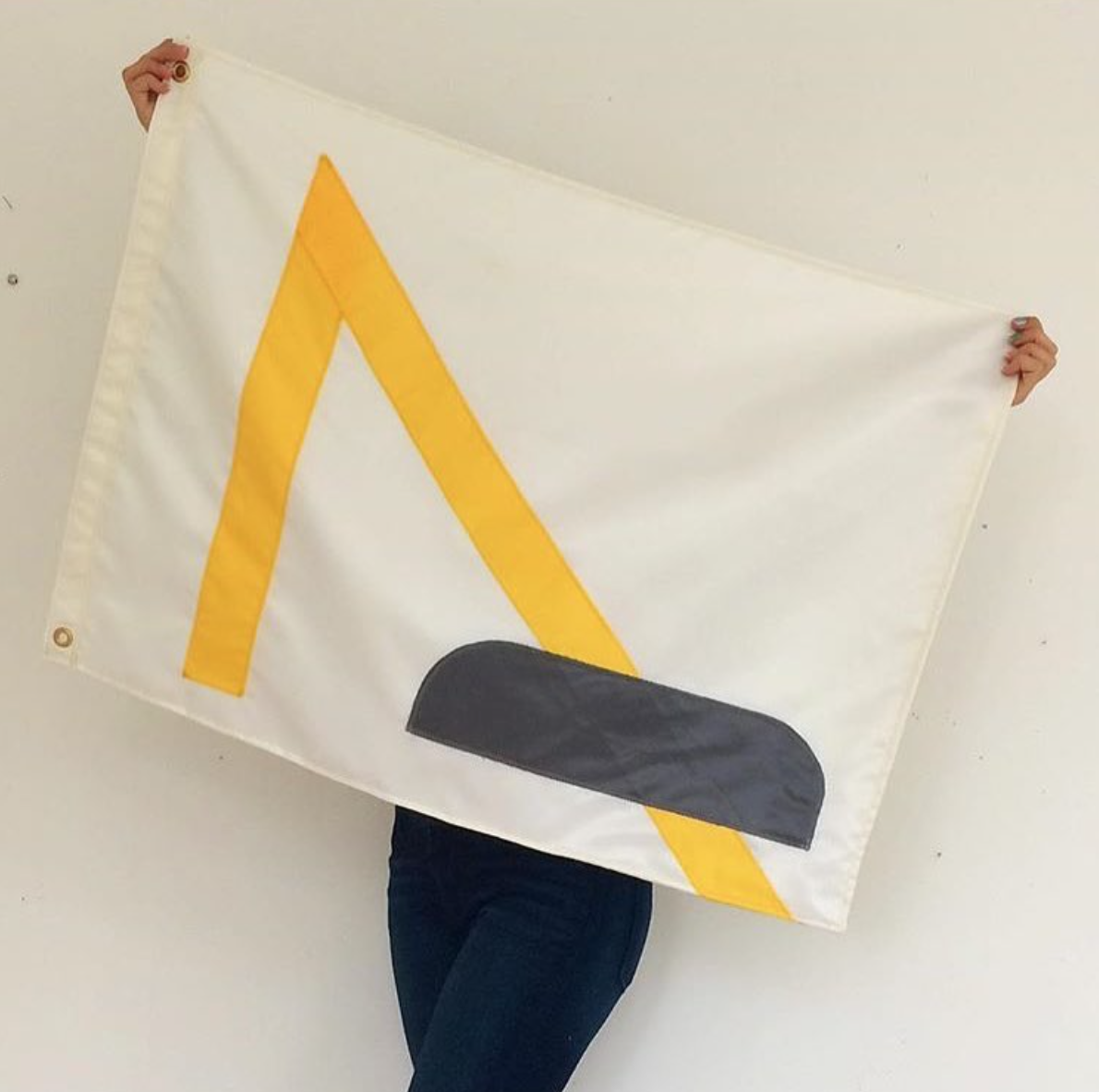 When you see the Archive Argosy with its flag raised, come on by. Flag handmade by artist and Vexillologist Cristina Victor, follow her on instagram @sabiaprojects cristinavictor.com

ARGOSY HISTORY
Originally labeled the “painted airstream”, the Argosy model was created in the early 70’s as the experimental branch of the iconic, shiny aluminum airstream line. Emerging as a way of diversifying the airstream line during the gas crisis of the 70’s, sales for the Argosy struggled and was discontinued in the 80’s. While short-lived, the front, wrap-around window was later incorporated into the Airstreams of the 90’s and today.

The Airstream brand is revered for its adventure, travel, and venturing into the unknown. The Airstream deemed the “luxury trailer” where “every inch has function”. Rooted in American tradition and symbolic of DIY culture, Airstream comes with it’s very own subculture of  “Airstreamers” who gather once a year for Alumapalooza, a week-long festival taking place at the Airstream, Inc. factory in Jackson Center, OH.

Inspired by the aircraft design of Charles Lindbergh, founder Wally Byam, began making travel trailers in his back yard in Stanford, CA in 1929 and later sold the instructions in the back of Popular Mechanic Magazine.

Byam furthered the Airstream culture by leading people on group caravans throughout the world. Airstreams were later used by NASA to quarantine astronauts after returning from space with a program called “mobile quarantine facilities”. In 1983 NASA use a modified Excella Motorhome dubbed “Astrovan” to carry astronauts to the shuttle launch pad. Over many years of transporting astronauts to the rockets that would launch them into the great unknown, when the time came for a newer vehicle, according to driver of the Astrovan, Ronnie King, the astronauts like the history-filled vehicle, even if it is somewhat old, and even argued against upgrading. “We were staged to get a new one,” King said, and added that word came that the rookie astronauts wanted to keep the vehicle that was a tradition of the astronauts who traveled those nine miles to the pad before them. (airstream website)